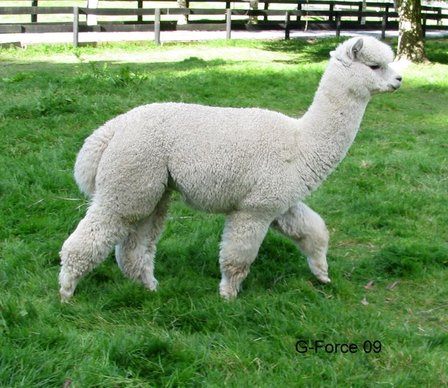 He has some wonderful genetics.

EP Cambridge Peruvian Caesar is Cambridge’s in-house male – you cannot access his genetics unless you purchase a female pregnant to him. EP Cambridge Jollette, the dam, has an incredibly fine and soft handling fleece and is by the well known sire Jolimont Commisario.

Silverstream G-Force has a super soft handling fleece and we believe he will be one of our outstanding males of the future. He now has several cria on the ground, all with lovely fine but dense fleeces